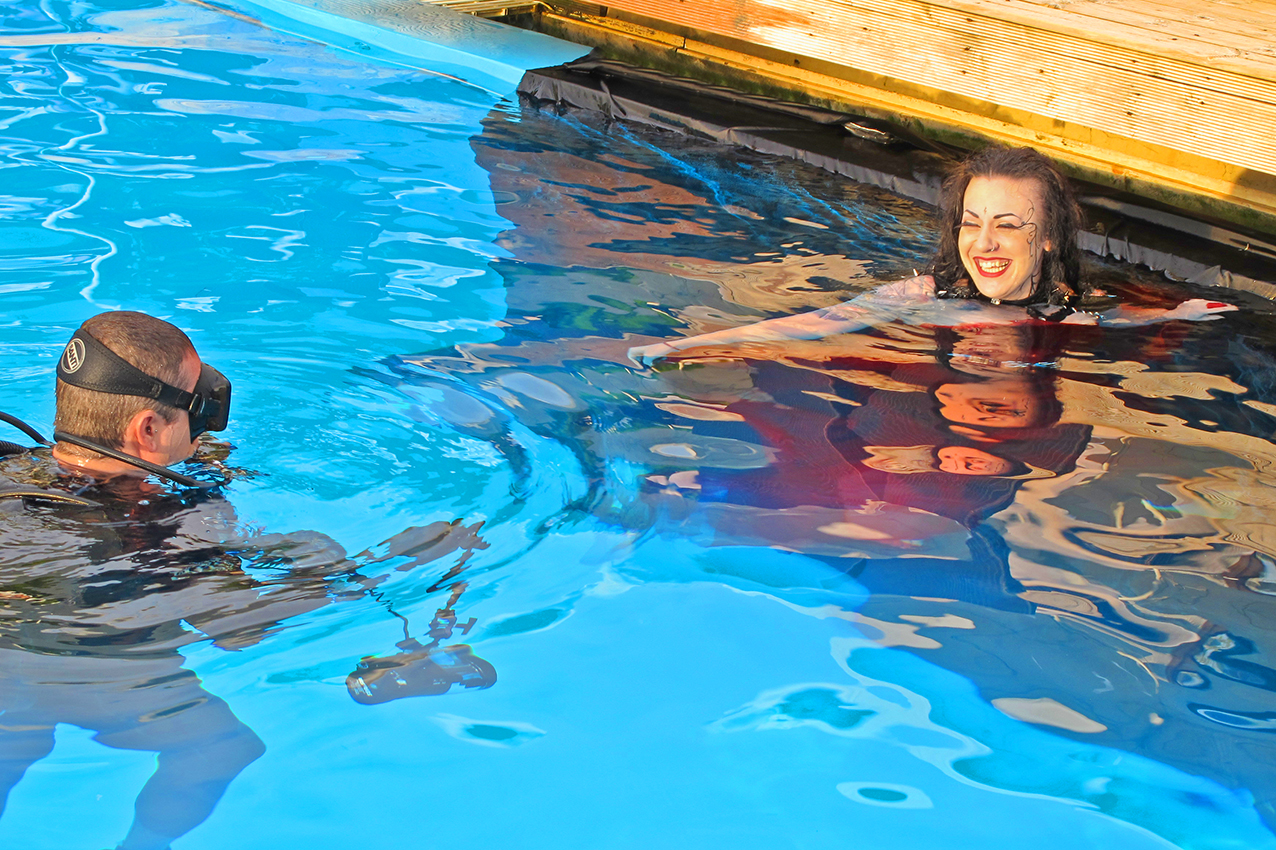 It's not so common to be invited by an individual for a personal underwater shooting but in the other hand Maxi Nil isn't a common person moreover not a common singer! Maxi is a great singer!

She started as a rock band singer at the age of 16. She writes lyrics and songs, she was a member of the band On Thorns I Lay with whom she recorded the album “Precious Silence” and she joined the band Elysion as singer-songwriter. In 2009 she joined the Austrian Symphonic metallers Visions of Atlantis with whom she released 2 albums and an EP.

Through the years with VoA Maxi had the opportunity to share the stage with the biggest names of the metal scene, play the biggest festivals and travel around the globe. In 2013 both VoA and Maxi decided to follow separate ways and play the music both parties really loved. That was the time when Jaded Star came to life, a project that Maxi was dreaming of for many years. JS are currently recording their debut album which is to be released in 2014! The underwater shooting in a private pool in Athens had the cover of the upcoming album as concept and really rocked! Maxi had a complete wardrobe with her in the shooting, a professional make up artist and she changed costumes and hair to pose underwater for more than 6 hours! Kudos to Maxi for the big effort and the amazing poses she achieved with grace and style!